LOS ANGELES, May 21, 2021 /PRNewswire/ — MPLC is saddened to announce the passing of beloved CEO, Mike Weatherley on Thursday May 20 due to unexpected complications arising from lung cancer. He is survived by three children and two grandchildren.

A former member of the UK Parliament (MP) (2010 to 2015), Mike was a fierce champion of intellectual property rights, serving as the first, and only, Intellectual Property Rights Advisor to Prime Minister David Cameron. During his tenure, he authored four internationally acclaimed reports which transformed the UK approach to intellectual property: Search Engines and Piracy; Follow the Money; Copyright, Education and Awareness; and Safe Harbour Provisions and Online Service Providers. Most recently, Mike was named to the 2020 edition of IAM Strategy 300: The World’s Leading IP Strategists.

Mike’s passion for intellectual property stemmed from his love of music, especially heavy metal. He famously promised constituents to wear his Iron Maiden t-shirt in the House of Commons once elected, a promise he was only able to partially fulfil after the speaker said, no. In his capacity as MPLC CEO, Mike could be seen wearing his Iron Maiden t-shirts on casual dress days.

Mike began his tenure in MPLC’s UK organization in 2007. As Vice President, Europe, he worked closely with Finance and European Rights Holders. In May 2015, after concluding his time in parliament, he returned to the firm as Vice Chairman, splitting his time between Los Angeles and Eastbourne. His responsibilities included international rights holder and government relations, worldwide group finance, and corporate and strategic development. He was instrumental in MPLC’s renewed Asia expansion, overseeing the launch of the firm’s Hong Kong office in 2018.

In January 2019, Mike was named CEO and quickly implemented an ambitious growth strategy for the firm, negotiating a partnership with Tenzing Private Equity, a London-based growth equity investor. A series of strategic executive hires followed as well as continued expansion into Taiwan, Thailand, and western Asia. Mike summarized his ambitions for this phase of the firm’s growth with a simple strapline he evangelized to both employees and rights holders, «to become the de facto standard and most professional non-theatrical licensing company in the world.»

Louise Rogers, Chair-elect of the MPLC Board, has been named interim CEO. «Mike was an amazing CEO, a mentor, and an inspirational leader. He loved being CEO and was determined to beat his illness and get back to helping us drive forward. He never gave up and never failed to put MPLC, and all of us, before himself. He was a visionary and will be sorely missed.»

About MPLC: MPLC is the global leader in non-theatrical licensing, supporting legal public performances of motion pictures, television, and other audiovisual content in more than 40 countries around the world. Under the Umbrella License®, a blanket license for public performance, MPLC represents rights holders ranging from major Hollywood studios to independent producers. MPLC licensees include government, corporations, and non-profit organizations. Hundreds of thousands of locations around the world publicly perform content legally with the Umbrella License. 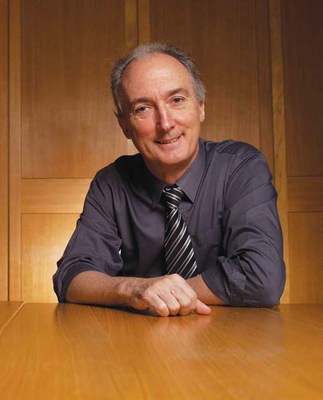