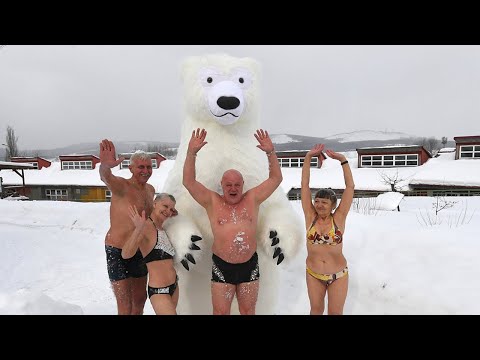 BEIJING, May 7, 2021 /PRNewswire/ — A news report by China.org.cn on the difference between «what people say» and «what you see»:

Was there ever a time when «what you’d been told» and «what you saw» were totally at odds with each other? We often hear people say that Russians are tough people who keep bears as pets, or that Germans are rigid and have no sense of humor. When it comes to China, for many people, words like «conservative» and «lack of freedom» probably spring to mind. But is that really the case?

On the question-and-answer site Quora, the question «which country have you visited that turned out to be nothing like how it is depicted» created quite a lot of buzz recently. The top post is about China. The user said that having grown up in the 1980s and ’90s, when China-U.S. relations remained very tense, China was described to him at school in «villainous terms.» But after moving to the country, he discovered that it was nothing like he’d been led to believe: Though China differs from the U.S., Chinese people are friendly, live normal lives and care about others. In the meantime, the nation is staunch in upholding their national sovereignty. At the end of his answer, the user encourages people not to believe the hype and to come and see things for themselves. Many in the comments section shared his opinions about China.

Under the same topic, a user from the U.K. shared how his opinions of people in the U.S. changed after spending a few months there. Similar stories about countries like Russia and Iran were also commented on.

Such answers are not unexpected. Take China for example: Vloggers from other countries have recorded the real China with their cameras, discussing how safe they feel walking alone at night, or the dramatic transformations of Chinese villages. What they saw themselves turned out to be completely different from what they’d heard.

Be it the huge gulf between «what others say» and «what you see,» or the transformation of opinions after experiencing, these all speak to one point: The indirect information we get, either filtered through other people’s views or influenced by politics, are always limited. For Chinese, every day they see how diverse and inclusive the country is. They have also seen firsthand the efforts that China is making on various fronts. But it’s easy to understand why people from different cultures, used to different political systems, misunderstand China. When you don’t know a country, especially one hugely different from your own, it’s a lot easier to go along with a stereotype than it is to try and understand.

Even a coin has two sides, and in the same way, stereotypes can never capture every aspect of a vast country. The world is such a big place that it’s worth putting aside your preconceptions and experiencing it with an open mind.

You’re welcome to visit China and see for yourself.