BEIJING, June 1, 2021 /PRNewswire/ — In an article for Beijing Review, Zhang Weiwei, Director of the China Institute at Fudan University in Shanghai, sheds light on China’s political model and how and why it differs from that in the West. The following is an excerpt of his article: 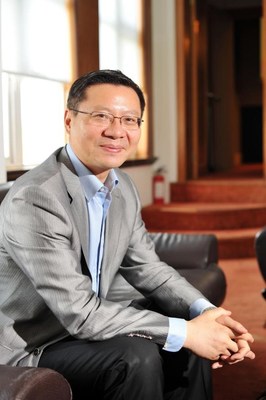 The Communist Party of China (CPC) plays a leadership role as it represents the overall interests of the people, originating from China’s long tradition of a «unified ruling entity» since the country’s first unification in 221 B.C., and a leadership structure based on a meritocratic system of «selecting and electing» the best and the most competent to govern the country.

In today’s politics, the Party’s leadership effectively forestalls simple-minded populism, monetized politics or Western attempts to stage a «color revolution» in China. It is naive to assume that the people can rule a country without any organization providing leadership. Elections need to be organized, procedures established and external interference forestalled. All these tasks are performed by the CPC, a political institution of over 90 million members, larger than the German population, with broad representation and popular support, and committed to the public good.

As for rule of law, it requires first of all strict observance of the Constitution. The Chinese Constitution stipulates that the state shall serve the people and «uphold a fundamental economic system under which public ownership is the mainstay and diverse forms of ownership develop together.» It adds that the state shall protect both public property rights and private property rights. Over 90 percent of Chinese households today own properties, a remarkable achievement by itself.

In China, the double guarantee ensures that the people are the masters of their country and their fundamental interests are well expressed and protected. People’s democracy is not only a guarantee of people’s properties, but also a series of institutions. They range from consultative democracy in each and every level of China’s social and political life, to the world’s most extensive use of opinion surveys on public policies, to soliciting public opinion directly via the Internet on all major policy issues, and to institutionalized democratic decision-making in producing five-year plans for the nation and for different localities. Each five-year plan goes through hundreds of rounds of consultations at all levels of the state and society.

In many ways, China’s success is due to the quality of its decision-making process and efficiency of policy execution, which make the Chinese state far more responsive to the needs of the people than the Western model, as shown clearly in China’s resolute fight against COVID-19. The Chinese model has ensured that most Chinese are beneficiaries of China’s dramatic rise, and the country has witnessed the fastest improvement in people’s living standards in human history.

The Chinese model is not perfect, but it indeed outperforms American democracy in many ways. For one thing, China’s top legislature, as well as the local people’s congresses, address issues of direct concern to the general public, from medical insurance to pension to education and environmental protection without the intervention of lobby groups as in the U.S. Congress.

Little wonder then that the Ipsos surveys over the past few years have repeatedly shown that around 90 percent of Chinese think their country is on the right track, more than double the number of Americans or British who think the same about their country.