HENDERSONVILLE, Tenn., May 4, 2021 /PRNewswire/ — Because May is recognized as Mental Health Month, The Jason Foundation, Inc. (JFI) shined a light on a longtime Ambassador who has championed their cause. 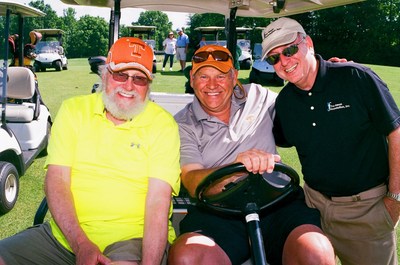 In early March 1998, a small group of youth and representatives from The Jason Foundation, a non-profit whose mission is to raise awareness and prevention efforts in youth and young adult suicide, found themselves in front of Coach Phillip Fulmer. The group of young people, who were part of JFI’s Youth Board, had written to Coach Fulmer about The Jason Foundation and its mission, asking him to consider being their first National Spokesperson. Since JFI was a mere six months old and no one outside of the greater Nashville area had heard of them, it was a stretch even asking someone to be a national spokesperson… but that did not stop this passionate group of youth from making their ask or Coach Fulmer inviting the group to visit him about this opportunity.

«I remember that day like it was yesterday,» Clark Flatt, President of JFI and Jason’s dad, commented. «I had never met Coach Fulmer, and I realized what it would mean to JFI and our mission if we could somehow convince him to accept this role as our National Spokesperson, so I practiced my speech for the entire trip from Hendersonville, Tennessee to Coach Fulmer’s office at the University of Tennessee. I had barely gotten into my well-rehearsed speech when Coach Fulmer interrupted me. Leaning forward in his chair he said, ‘I did not ask you up here to convince me to help; I want to know how I can help.’ The start of his tenure as JFI’s National Spokesperson began that day, and today in 2021 Coach Fulmer remains our National Spokesperson. His only requirement was, ‘If I am ever not being helpful or someone else can be of better help, please let me know and replace me.'»

What has Coach Phillip Fulmer done for The Jason Foundation over his tenure? He first began to share with other coaches about the efforts of JFI and how they could help. In just a few months, other coaches, including Mark Richt, Nick Saban, Mack Brown, and Tommy Tuberville, began lending their time to help further the mission of JFI. In 2004, the American Football Coaches Association (AFCA) officially affiliated with The Jason Foundation, an affiliation that still exists today. Beyond helping with advancing the mission, Coach Fulmer realized that funding assistance was also needed. After a few fundraising dinners, JFI created The Phillip Fulmer Golf Classic in 1999. After a few years, Charlie Daniels, who was a huge fan of UT football and Coach Fulmer, played in the tournament. After Coach Fulmer explained to Charlie the impact youth and young adult suicide was making on communities across our great nation and JFI’s mission to stop it, Charlie was sold on helping, and Coach Fulmer asked him to be part of the golf tournament. Thus, the Phillip Fulmer & Charlie Daniels Golf Classic was born, and this year will celebrate its 23rd tournament. In just the last five years, the tournament has raised over $1 million dollars and help brought attention to the plight of youth and young adult suicide in the US and the mission and work of The Jason Foundation.

Today, The Jason Foundation is a nationally recognized leader in the awareness and prevention of youth and young adult suicide and is expanding to reach even more of the population. JFI provides programs, tools, and resources for youth, schools, educators, adults, and communities to help raise suicide awareness and prevention efforts. JFI never charges for any program or service provided. Clark Flatt stated, «When we look back over our almost 24 years, we can attribute almost every major opportunity or influencer that was made possible to assist JFI to Coach Fulmer’s connection and support of The Jason Foundation. His energy and support have helped touch millions of lives over the past two decades. In touching those lives, he has helped make lives better and has helped save lives.» Mr. Flatt concluded, «Coach Fulmer is still as passionate and supportive today as that first day in March 1998.»

To find out how you can help prevent this tragedy, visit www.jasonfoundation.com.