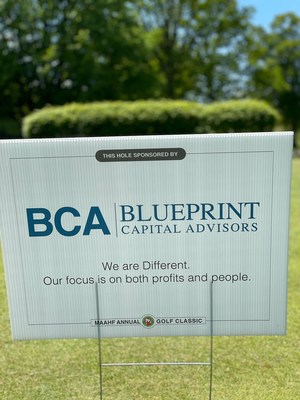 Blueprint and its attorneys were not surprised on Friday when Murphy’s administration turned over a limited number of documents that were so heavily redacted, they could not be read.  In an unexpected twist today, Division of Investment Director Corey Amon resigned.  He is a named defendant in the case, leads the investment operation and was intimately involved in the delaying of Blueprint’s information requests.  It had also been brought to the New Jersey Teachers Union’s (NJEA) attention by Blueprint’s attorneys that Amon approved a $120 million investment in a fund partially owned by former Trump Education Secretary Betsy Devos.  The letter was penned by well-respected litigator, Michael Bowe, partner of Brown Rudnick and Blueprint’s legal counsel. The letter states, «We believe that this is yet another example of the administration saying one thing for election purposes but conducting the people’s business in ways completely inconsistent with those public election pledges.»

When seeking the NJEA endorsement Murphy said the following:

«We will need, more than ever before, a governor who has a steel backbone, who is prepared to stand up and say, «No, Secretary DeVos» or «No, President Trump, you will not do that in the great state of New Jersey.»  The state pension fund staff did not disclose the fund’s ownership by DeVos which could be found in public records on the internet.

Blueprint is aiming to get unredacted documents by taking Murphy back to court.  «The Division of Law, Treasury and Investments should come forward with the requested documents.  We hope that Amon’s departure signifies that Murphy, and his AG will allow truth and justice to prevail,» said Blueprint CEO Jacob Walthour.

Walthour remains adamant that the State of New Jersey Division of Investment allegedly stole proprietary information and trade secrets and gave the information to Larry Fink’s BlackRock Alternative Advisors.  In a 100-page complaint filed in federal court last year, Blueprint alleges that the defendants have openly retaliated against his firm as they promised they would if he pursued litigation to resolve the matter. «We decided to pursue our case in court because we want truth and justice and we believe in holding people accountable for their promises,» said Walthour.

The lawsuit alleges that Helmy and another Murphy aid delivered threatening messages to Walthour prior to the commencement of litigation.  In one instance, a Murphy aid summoned Walthour to a New Jersey diner and explained that «Phil is going to win re-election and then people like you will be in the doghouse for like 6 years,» explained the aid.  Helmy sent a direct message through a politically connected, Democratic party lawyer that if Blueprint didn’t cease its agitation the state would terminate the company’s services.  Amon attempted to take matters into his own hands and contacted Blueprint’s client relationships prompting the issuance of a «cease a desist letter» against him by Blueprint’s attorneys.

Governor Murphy was quoted as saying, «justice delayed is justice denied» in a recent public address.  However, Blueprint alleges that the state’s attorneys have consistently tried to prevent the release of public information in the matter of Blueprint.