LONDON, May 6, 2021 /PRNewswire/ — BlockBank leverages Artificial Intelligence, adding it to the traditional banking and DeFi system making the entire ecosystem more secure, private, and decentralized. The platform will be AI-powered, which means it will monitor and understand social intelligence, risk mitigation, analytics, batched transactions, and smart contracts. 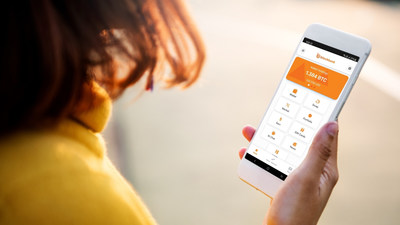 BlockBank aims to expand the user’s knowledge base and positively their decision-making power. The cryptocurrency space, while full of opportunities for significant gains in terms of profit, is without its own drawbacks. Investing in it will mean big risks, considering the volatile nature of its market and the complexity of the industry.  As a user-oriented platform, BlockBank aims to offer the users with the right set of information powered by AI-enabled analytics and risk management practices.

BlockBank is currently working to provide a built-in fiat gateway along with giving access to a non-custodial and cross-chain wallet for the users to hold their cryptocurrency. To name a few services and possibilities that will be offered by BlockBank include, real-time market analysis, robo-advisory, trade execution, price prediction, earning strategies recommendations, and finance tracking.

Smart Tools for the Cryptocurrency Space

BlockBank is on a mission to make the everyday user a smart trader. The application works on the premise that everyday users have lesser knowledge about the nuances of the DeFi platforms and its features, including smart contracts, etc. In addition to this, the lack of customer support and unfair tokenomics also make trading decisions difficult for the simple users.

BlockBank has signed an exclusive partnership with SKAEL to bring in artificial intelligence to the crypto ecosystem. SKAEL has worked with many top companies to bring about hyper-automation. Its goal is to help organisations save time and produce efficient results within a short timeframe. At the moment, Google, Oracle, Asurion and many other significant enterprises utilise the services of SKAEL.

The company recently launched their record breaking IDO, releasing BBANK token as the native cryptocurrency of the BlockBank platform. Furthermore, depending on the Tier Level, the users can earn additional tier-wise APY.